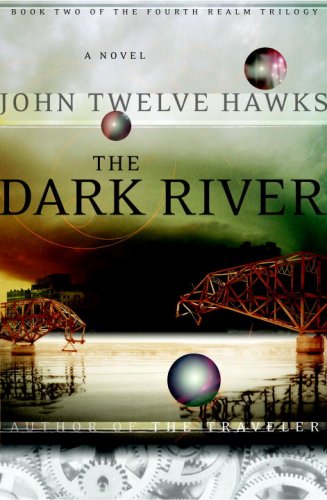 Synopsis of The Dark River

A frantic race to save a long-lost Traveler.An epic battle for freedom.Two brothers whose power puts them on a collision course . . .with each other.

In The Traveler, John Twelve Hawks introduced readers to a dangerous world inspired by the modern technology that monitors our lives. Under constant surveillance of the ...Vast Machine,... a sophisticated computer network run by a ruthless group, society is mostly unaware of its own imprisonment. Gabriel and Michael Corrigan, brothers who were raised ...off the grid,... have recently learned they are Travelers like their long-lost father... part of a centuries-old line of prophets able to journey to different realms of consciousness and enlighten the world to resist being controlled. But power affects the brothers differently. As The Traveler ends, Gabriel hesitates under the weight of responsibility. Michael seizes the opportunity...and joins the enemy.

THE DARK RIVER opens in New York City with a stunning piece of news. Gabriel's father, who has been missing for nearly twenty years, may still be alive and trapped somewhere in Europe. Gabriel and his Harlequin protector, Maya, immediately mobilize to escape New York and find the long-lost Traveler. Simultaneously, Michael orders the Brethren'the ruthless group that has been hunting Gabriel...into a full-scale search. Gabriel yearns to find his father to protect him; Michael aims to destroy the man whose existence threatens his newfound power. The race moves from the underground tunnels of New York and London to ruins hidden beneath Rome and Berlin, to a remote region of Africa that is rumored to harbor one of history's greatest treasures. And as the story moves toward its chilling conclusion, Maya must decide if she will trade everything to rescue Gabriel.

A mesmerizing return to the places and people so richly portrayed in The Traveler, THE DARK RIVER is propelled by edge-of-the-seat suspense and haunted by a vision of a world where both hope and freedom are about to disappear.

Reviews of The Dark River

Anyone who has even a limited knowledge of the world in which we live, and the symbols we use in an attempt to describe it, will appreciate this trilogy. -- Todd M. Baker, SFRevu

With any luck Mr. Twelve Hawks, whose blunt fervor remains undiminished, will get himself off autopilot and rejoin this fight with renewed vigor. -- Janet Maslin, The New York Times

...not as fast-paced as the first, but has enough character and plot developments to warrant a read. -- Larry, OF Blog of the Fallen

A mesmerizing return to the places and people so richly portrayed in The Traveler, THE DARK RIVER is propelled by edge-of-the-seat suspense and haunted by a vision of a world where both hope and freedom are about to disappear. -- Ryan, Literary Illusions

I wish the characterization had been better executed, that we would have learned more about the six realms, that the moments involving the Ark had been further developed, and so on, but to be honest, I still enjoyed ...The Dark River..., I still recommend the Book to readers, and I definitely look forward to completing the trilogy... -- Robert, Fantasy Book Critic

fine middle Book of a trilogy, fun and exciting to read. -- Nancy Fontaine, Curled Up With A Good Book

Everything about The Dark River mesmerized me. -- Margaret Marr, NightsAndWeekends.com

Even the explosions are boring. And I...ve never been bored by an explosion before! -- Ryun Patterson, BookGasm