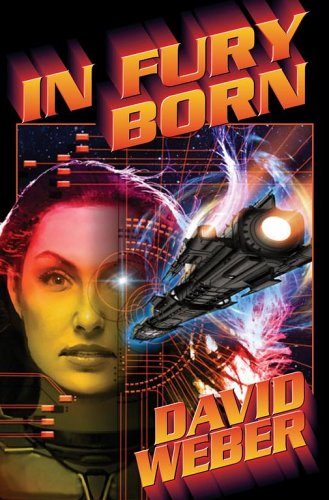 Synopsis of In Fury Born

Imperial Intelligence couldn't find them, the Imperial Fleet couldn't catch them, and local defenses couldn't stop them. It seemed the planet-wrecking pirates were invincible. But they made a big mistake when they raided ex-commando leader Alicia DeVries' quiet home work, tortured and murdered her family, and then left her for dead. Alicia decided to turn "pirate" herself, and stole a cutting-edge AI ship from the Empire to start her vendetta. Her fellow veterans think she's gone crazy, the Imperial Fleet has shoot-on-sight orders. And of course the pirates want her dead, too. But Alicia DeVries has two allies nobody knows about, allies as implacable as she is: a self-aware computer, and a creature from the mists of Old Earth's most ancient legends. And this trio of furies won't rest until vengeance is served.

In Fury Born is a greatly expanded new version of David Weber's popular novel Path of the Fury, which has gone through six large printings in its original mass market edition. David Weber has added considerable new material, revealing the earlier life of Alicia DeVries before she embarked on her mission of vengeance, and illuminating the universe of the original story. The result is a novel with almost twice the wordage of the original, and a must-buy for all David Weber fans.

Reviews of In Fury Born

Fans of Weber's work-- or any who like big-picture space adventure-- will enjoy this expanded version of Path of the Fury. -- Drew Bittner, SFRevu

If the Author continues this state of high standards for the next novel in the Series, I may not be able to choose which is better; Honor or Alicia. -- Detra Fitch, Huntress Reviews