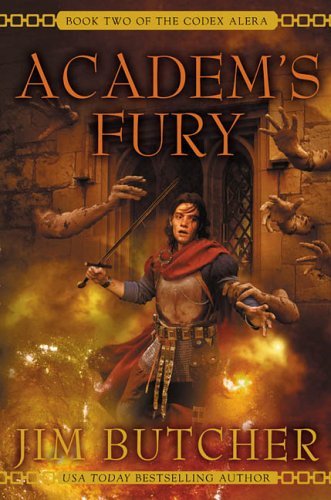 For one thousand years, the people of Alera have united against the aggressive and threatening races that inhabit the world, using their unique bond with the Furies--elementals of Earth, Air, Fire, Water, and Metal. But now, the unity of the Alerians hangs in precarious balance. The First Lord of Alera has fallen in his efforts to protect his people from the vicious attacks of their enemies. Now, the fate of the Alerians lies in the hands of Tavi, a young man who must use all of his courage and resourcefulness to save his people--and himself.

This is a fun romp of a Book. -- Madeleine Yeh, SFRevu