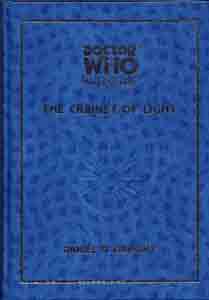 The Cabinet of Light

Synopsis of The Cabinet of Light

Where is the Doctor? Everyone is hunting him. Honore Lechasseur, a time sensitive 'fixer', is hired by mystery woman Emily Blandish to find him. Lechasseur discovers that the Doctor is, in fact, a semi-mythical figure who has appeared off and on throughout Earth's history. But what is his connection with London in 1949? And why is a mysterious group seeking 'the cabinet of light' a device somehow connected with the Doctor. Lechasseur is about to discover that following in the Doctor's footsteps can be a difficult task.

Reviews of The Cabinet of Light

This is easily the best of the Telos Novellas so far, we are treated to a beautifully told story, atmospheric and thought provoking. -- Russell Cook, Infinity Plus