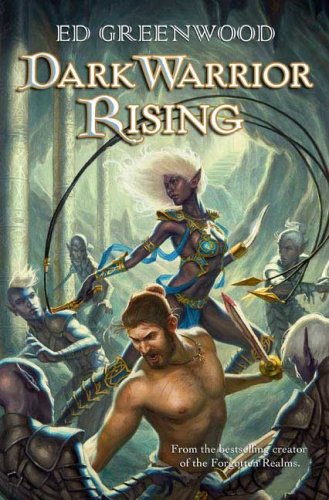 Orivon Firefist was captured as a six-year-old child by the Nilfghar'the dark elves...who attacked his village by night on one of their surface raids.

Fifteen years later, he is a moon-pale, scarred, muscular giant of a man, who has spent his days at forgework for a dark elf family. He is also forced to use his great strength to shift furniture in the grand rooms of their castle. He has been trained (and flogged and ordered about) by the beautiful Tsarnarra, a lash-wielding matron who is icily cruel, but proud of the slaves that she has trained. Through all of this, Orivon's spirit has never been broken. He longs to return to the surface world, even if that means destroying the entire dark elf empire along the way!