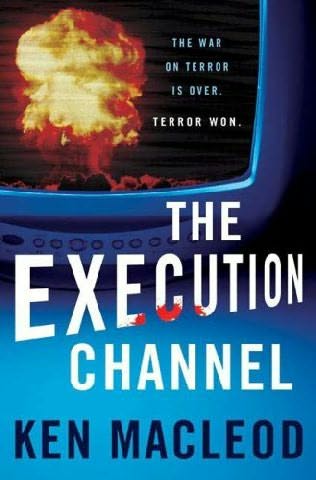 Synopsis of The Execution Channel

It's after 9/11. After the bombing. After the Iraq war. After 7/7. After the Iran war. After the nukes. After the flu. After the Straits. After Rosyth. In a world just down the road from our own, on-line bloggers vie with old-line political operatives and new-style police to determine just where reality lies. James Travis is a British patriot and a French spy. On the day the Big One hits, Travis and his daughter must strive to make sense of the nuclear bombing of Scotland and the political repercussions of a Series of terrorist attacks. With the information war in full swing, the only truth they have is what they're able to see with their own eyes. They know that everything else is--or may be--a lie.

Reviews of The Execution Channel

It's almost as though MacLeod had gone to a fancy dress party disguised as Tom Clancy but made sure to leave his fingerprints on every glass. -- Jill Murphy, The Bookbag

MacLeod keeps the action moving swiftly along, all the while throwing out red herrings amid real clues as to where the Book is unexpectedly heading: into a future imaginable only in physics labs and fever-dream science fiction novels. -- Gavin J. Grant, Bookpage

Quite apart from the superb characterisation, MacLeod's depiction of global realpolitik is convincing and disturbing -- Eric Brown, The Guardian