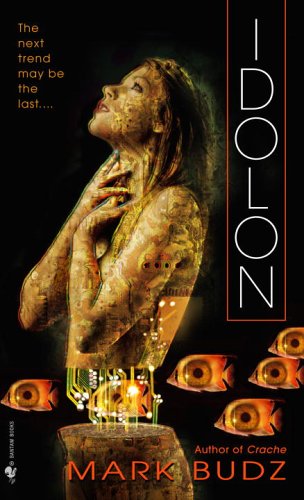 In a world where image is everything, where the past is more real than the present, the rich can reprogram everything...and cast themselves in the starring roles. Everyone else is nothing but an extra....

As part of the supporting cast, Pelayo survives as a test subject for the latest electronic skin and philm technology, which brings past trends and famous people to vivid life on his body. His cousin Marta works at a cinematique offering cheap skincense, image grafts, and nanimatronics. That's where she meets Nadice, an indentured worker smuggling illegal ware to escape an exclusive resort specializing in kitschy environs. But Nadice is hiding something far more contraband: a forbidden pregnancy she can't explain but is determined to protect. When Marta tries to help, both women disappear.

While Pelayo searches for his cousin, homicide detective Kasuo van Dijk investigates a mysterious death that may involve a new kind of e-skin...mass-mediated ware that will lead him to Marta, Nadice, her employer...and a diabolical plan to deliver humanity kicking and screaming into a frightening new age of information....