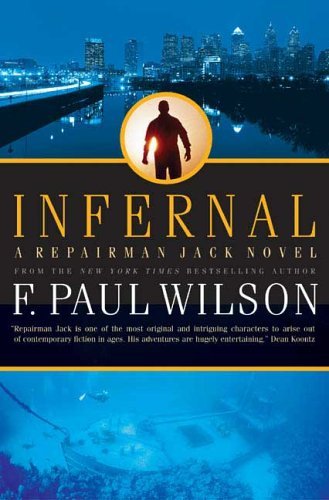 The ninth Repairman Jack novel brims with murder, international terrorism, sibling rivalry, and a truly infernal device. A mutual tragedy throws Jack together with his brother Tom, a judge from Philadelphia. They've never been close, and it doesn't take Jack long realize that's a good thing. Tom and he are opposites. Still, Tom convinces Jack to go on a trip to get to know each other better. He has a map locating a wreck off the coast of Bermuda and wants Jack to help him find it. Reluctantly Jack agrees. But instead of treasure they find a strange object, part organic, part manmade, known as the Lilitongue of Gefreda. Ancient lore claims that it is a means "to elude all enemies and leave them helpless." The big question is, why does Tom want such a thing? And if the Lilitongue lives up to the legend, where does it take you? No one seems to know. Matters take a bizarre and dangerous turn-no surprise for a Repairman Jack novel--when someone accidentally activates the Lilitongue.

Wilson's ninth Repairman Jack outing has the same ballistic intensity as his other entries, though this one certainly ratchets up the personal side. -- Drew Bittner, SFRevu