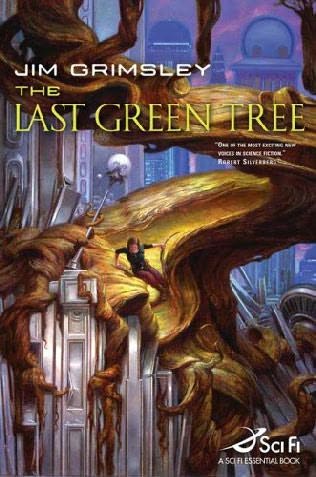 Synopsis of The Last Green Tree

Three hundred years have passed since the Conquest, and the Great Mage rules over all of humanity, even as cybernetic links connect the varied worlds of the empire. Vast Gates allow travel from one planet to another, across unimaginable distances. Choirs of chanting priests maintain order, their songs subtly shaping reality, while the armies of the empire have known nothing but total victory for centuries.But on the planet Aramen, where sentient trees keep human symbionts as slaves, a power has arisen that may rival that of the Great Mage himself. Hordes of unnatural creatures rampage across the planet, leaving death and destruction in their wake. An inhuman intelligence, cruel and implacable, meets the priests... sung magic with a strange new music of its own. The Anilyn Gate is shut down, cutting off Aramen from the rest of humanity. The long era of peace is over.Now a handful of traumatized survivors must venture deep into a hostile wilderness on a desperate mission to uncover the source of the enemy's powers. And the future of the universe may depend on the untested abilities of one damaged child. . . .

Reviews of The Last Green Tree

... a killer novel that appeals on so many fronts. -- Paul Di Filippo, Scifi.com

If the ending wasn't so depressing, I would give this Book a rave -- Henry Leon Lazarus