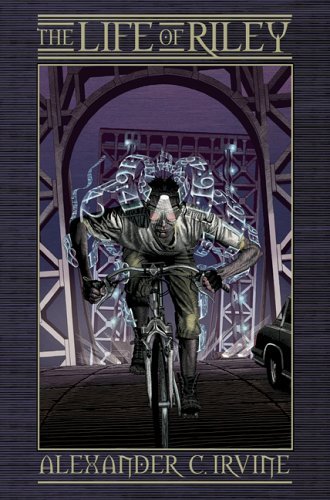 The Life of Riley

Synopsis of The Life of Riley

America heading into the mid-21st century: devastated by rising oceans and natural disasters, fracturing along religious lines, puzzled and resentful of the alien Bettys who have inserted themselves into the government. Gabriel Riley fled his fundamentalist upbringing, entering the military and eventually the guard service protecting a tent city of refugees on the South Lawn of the White House.When violence explodes in the tent city, Riley finds himself fleeing into the arms of an underground network resisting the Bettys' murky plans -- from there into a splinter group that has infiltrated the resistance. His mother always told him he was the Second Coming of Christ, and the Bettys seem to be thinking along the same lines -- although for much different reasons. In the end, carried along by events beyond his understanding, Riley embraces the destiny thrust upon him.Or does he?Here are the last days of Gabriel Riley, told by the three people (and one Betty) who bore witness.

Reviews of The Life of Riley