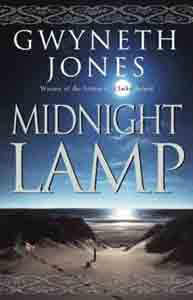 Rufus O'Niall is dead and the green nazi occupation has been defeated: but at a huge cost to the three extraordinary people who saved England from the dark. Shattered and deeply changed by the sacrifices each of them had to make, Fionrinda, Axe and Sage are in hiding from their friends and fans on the Pacific coast of Mexico when they're tracked down by an emissary of Fred Eiffrich, President of the United States. He's got an offer they can't refuse. It's about a movie, allegedly. But that's not all. Twentyfirst Century Hollywood has gone virtual, without losing any of its tinsel, or any of its enormous power over the hearts and minds of billions ... what if another monster like Rufus O'Niall has found a way to plug into the terrible might of the global audience? What if such a power should fall into the wrong hands? The President is desperate to stop this happening, but his hands are tied. He can't tell the Pentagon what to do, not these days ... In California norte, Sage finds himself drawn to an old flame. Ax has to fight dirty, for the future and against the might of a collapsing superpower. And Fiorinda, the magical daughter of the monster, whose memories of utter horror are threatening her sanity, struggles with a deadly addiction. Scientific magic, werebears, environmental meltdown, and rockstars more famous than God: the Bold As Love adventure continues, spinning a web of daring, dread and enchantment, in a world that could almost be ours.

Well-crafted and emotionally rich, Midnight Lamp is a novel to be reckoned with... -- John Toon, Infinity Plus

Great ideas and neat passages dot this Book liberally but the story skeleton behind it is sorely lacking. -- Tomas L. Martin, SFCrowsnest

These Books will be recognised as classics one day, I promise you. Classics! -- Stuart Carter, The Alien Online