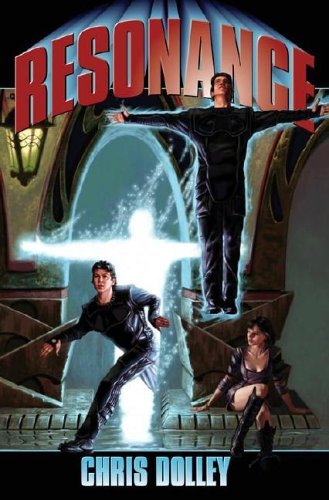 Graham Smith is a 33 year-old office messenger. To the outside world he's an obsessive-compulsive mute - weird but harmless. But to Graham Smith, it's the world that's weird. And far from harmless. He sees things others can't . . . or won't. He knows that roads can change course, people disappear, office blocks migrate across town. All at night when no one's looking. The world's an unstable place, still growing, sloughing off layers of reality like dead skin. One day you drive by, and it's changed. Annalise Mercado hears voices, all from girls calling themselves Annalise. Sometimes she thinks they're spirit guides, sometimes she thinks she's crazy. But then they start telling her about Graham Smith and the men who want to kill him. That's when they meet. So begins the story of two people whose lives are fragmented across alternate realities. And how the hold the key to the future of a billion planets. . . .

If he can keep on coming up with good novel ideas like this, he...ll produce some really spectacular Books in the future. -- Cheryl Morgan, Emerald City

This novel is among my most recommended science fiction! -- Laura Lehman, BellaOnline

Dolley does a great job of pulling all the elements together to keep you reading. -- Gayle Surrette, SFRevu