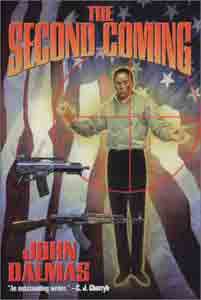 Synopsis of The Second Coming

A Man of Mystery Seemed to be the World's Last Hope...if He Could Stay Alive. . . .Chaos was sweeping the world, governments were on the verge of collapse, the global economy was hitting rock bottom...and then a man appeared, Nagunda Aran, a charismatic speaker who worked miracles and touched millions of Americans. He made no claim of being a messiah, but he was likely to suffer the traditional fate meted out to messiahs. As his influence grew, powerful men perceived him as a threat to their dominion and made plans to have him eliminated. But one assassin after another failed, thwarted by bizarre circumstances, sometimes even killing each other by ...accident... when multiple assassins were sent to do the job. And Aran said that the attempts to kill him were of no importance, since he was fated to die soon...as would many thousands more in an impending cosmic disaster that he predicted was descending on the Earth. . . .

Reviews of The Second Coming

This volume, merely Book one of a Series, promises plenty of action and suspense ahead. -- Paul Di Filippo, Scifi.com

Though at times pontification slows down the plot, post-apocalyptic fans will take immense pleasure with this engaging story because Aran, the president, the Infinite Soul and his enemies seem genuine in a world heading either directly to heaven or hell with no in between rapture weigh station. -- Harriet Klausner, Book Crossing