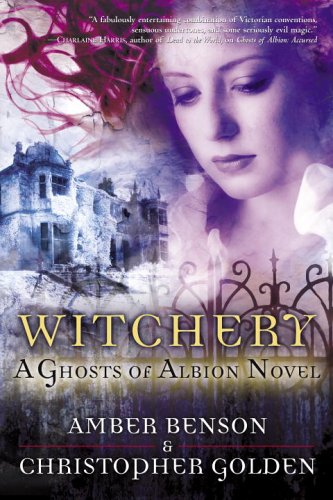 Before you can save Albion, you must destroy the poison in its black heart.

Responding to a plea from Cornwall, Tamara discovers that the rumors of young women, both human and fairy, vanishing without a trace are horribly true. Instead of hard clues, she uncovers only whispers of witches, infernal abductions, and a pyre of innocents planned for the solstice. Indeed, Tamara has never faced a more dangerous task...for the legendary land of King Arthur's Camelot also harbors dark, bloody deeds and a waking evil. Soon nothing, not even mighty Albion, will be safe from the deadly peril.

In many ways this is not as darkly horrible as Ghosts of Albion: Accursed. -- Gayle Surrette, SFRevu

This magical and enchanting Victorian Gothic thriller shows the champions of light battling the minions of darkness in a horror tale that pulls the audience into the storyline and keeps them there because there is no break in the action. -- Harriet Klausner's Review Archive